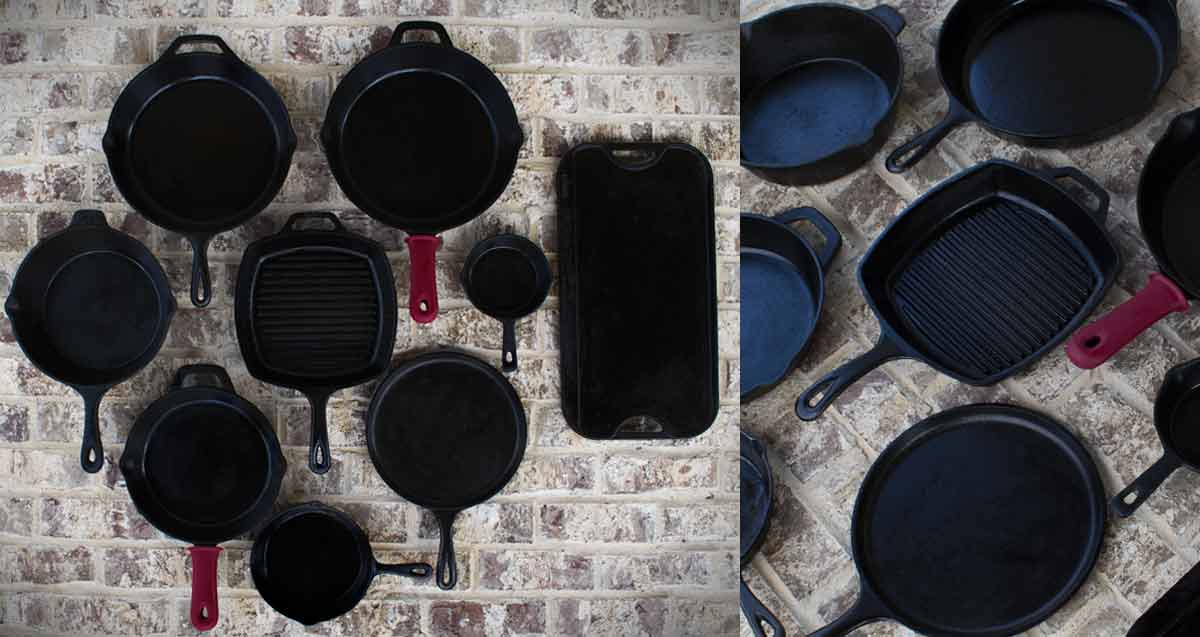 When I first started cooking I was brutal with my cookware – downright terrible to every pot, skillet, and pan I owned.

I imagine conversations in the cabinet went something like this: “There he comes! Oh God, don’t pick me, don’t pick…Haha! He pulled out three eggs. You’re up, Non-Stick 6inch! Remember stay in there and take it, we’ll help you heal those wounds when you get back.” If I only knew the trauma I caused, I definitely would’ve been a better cook from day one.

Thankfully Mama Maria came over for dinner and let me know the error of my ways. She dropped hints in her subtle ways: “So, that pan fought in War World II?” “I need one of those, a two-for-one skillet. It’s a cooking device and a cutting board!”

After Mama Maria left that night, I managed to climb out of my pit of shame and threw out all my tortured non-sticks. I went to the store and spent money I didn’t have on a fresh start. A brand new lineup of non-stick. It had to be non-stick because they are the best, the most forgiving, the ultimate…well, let’s be honest, it was all non-stick because I had no idea what I was doing.

All I knew was that Mama Maria’s sarcasm meant I was doing it wrong. I was not a cook and only started cooking because I hated washing dishes, which lead to a deal with my wife; “How ’bout I do all the cooking and you the dishes?” She agreed.

So, there I was, buying all new non-sticks and no idea what they were truly used for. I needed a 6inch for small stuff like eggs, I guess. The 10inch for…like…maybe two steaks at a time. The 12inch because three pork chops would definitely fit in there. I needed a 4 qt pot because…wait, what is that? 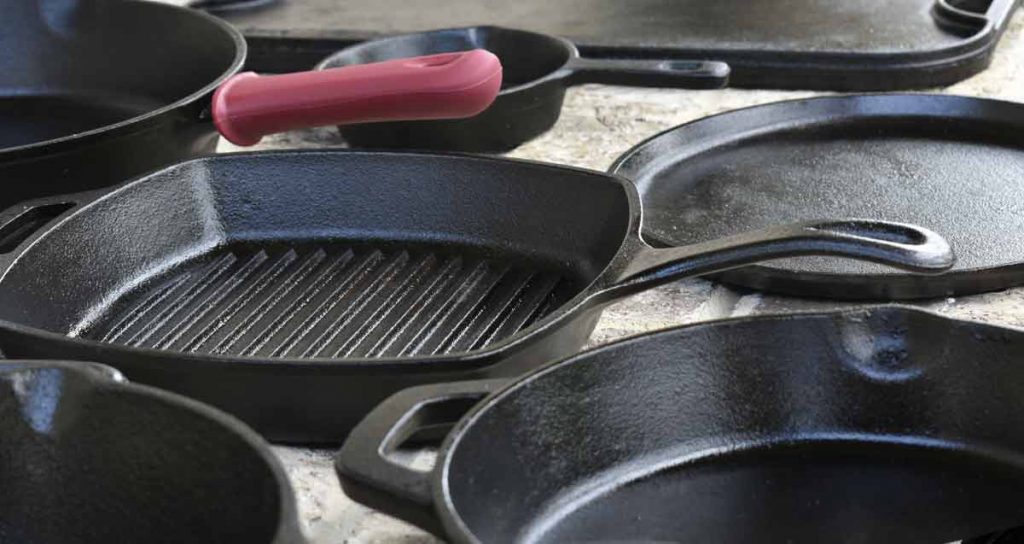 My eyes were fixed upon something so beautiful I couldn’t make sense of it. It’s demanding presence made me feel small, like when you grab 35 pound dumbbells, sit down to do chest-press, then see the guy next to you throwing up 90s while making a business deal on his wireless ear buds. What I saw was like that – big, bold, strong, and confident! It was a 10 inch cast iron skillet.

I didn’t understand it at the time, but I knew I was in the presence of something truly awesome. The cast iron skillet called to me, it whispered, “I am the way, I am your savior, I am that I am.”

So, I bought the cast iron and went home with a new-found confidence. A confidence that only a strong, black, thick and heavy…oh my God, this thing is heavy, like so heavy there is no way Rapunzel can handle it the way she does fighting bad guys. I mean like really heavy, how on Earth did Flynn Rider survive being hit multiple times over the head with this thing? So heavy that he probably suffered brain damage and made up the whole Eugene Fitzherbert story.

Anyways back to it. I got home, turned on the flame, laid down the cast iron, threw on some steaks, and completely over-cooked them. To tell the truth, half of the steak remained on the cast iron and I had to scrape it off with a plastic spatula. I used plastic because I had yet to understand what I was dealing with, which was a majestic piece of cookware that would soon catapult my cooking skills to new heights. 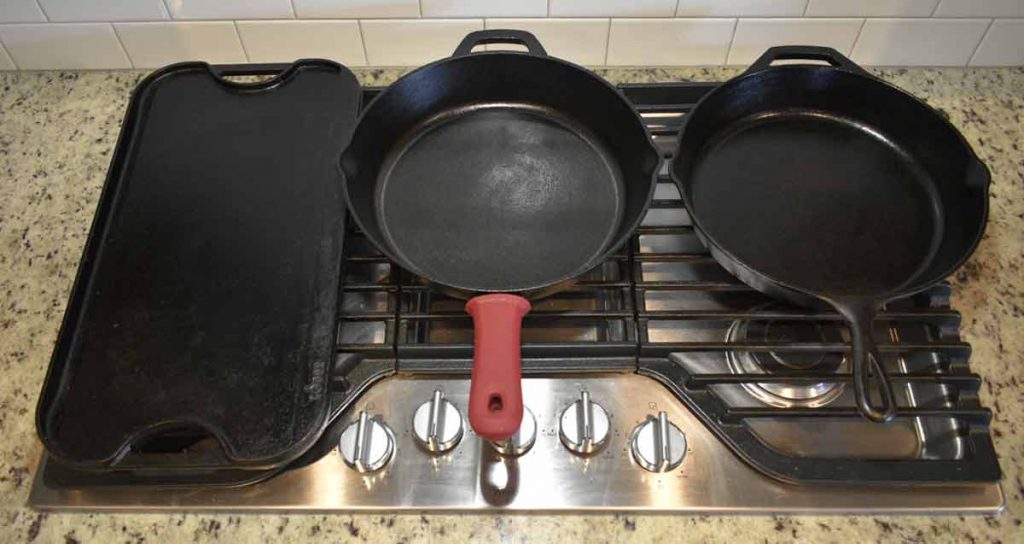 You see, I started cooking at 28 and was a lot more concerned with why my food sucked than caring for my kitchen tools. I blamed the overcooked tasteless food on my pots and pans. They were the reason my food was bad, not me.

But now 6 years later, I appreciate my cooking tools. I have become more of a curator than a cook. I take pride in the well-being of all my cookware. Cooking has become a joy, but something I truly love is stepping back and seeing my line-up of cast irons.

An army of glistening cookware that shines with pride, letting everyone know that it’s non-stick, even heat distribution, and indestructibility is ready to take on the world! 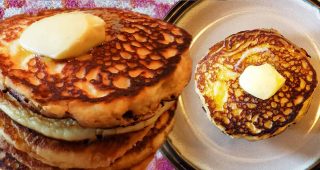 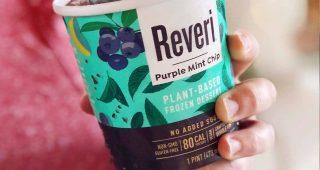 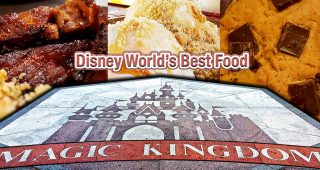 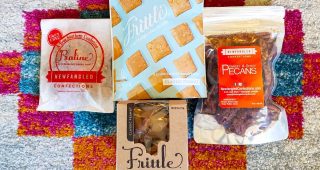 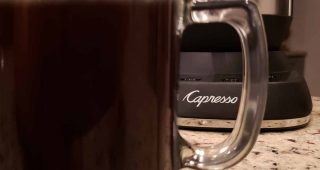 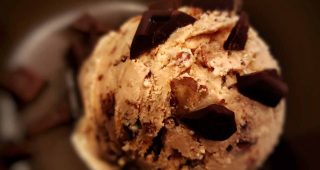 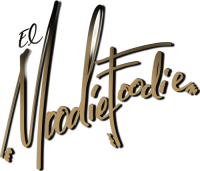